Interview: Coffee with a Canine

In April I received an invitation from writer-producer at Darkbloomz Productions, Marshal Zeringue to join him in a coffee talk with a canine twist. This is the first time I'm stepping from behind Cleo's large shadow, and thick Husky fur, to speak solely from my perspective. The questions are from Marshal's series of interviews which run regularly on his blog, Coffee with a Canine. 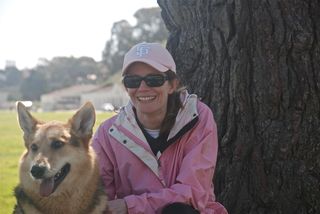 MZ: Who is in the photo?

I am Sharon Castellanos, a writer and photographer in San Francisco. Cleo found my husband and I five years while we were visiting our SPCA. They said she was between two-five years but every year since then, because we adore her so much, we have agreed she must have been two. She was surrendered to a shelter up north so no one really knows her history. We think she is about seven now. She is likely part Husky, part German Shepherd but some folks and even local children she meets on her walks wonder if she is part wolf.

MZ: What's the occasion for Coffee with a Canine?

Every morning she wakes me up like a clock at 8:00 AM for her morning routine, which includes my making her breakfast then lots of cuddles and petting while I have my coffee. What's brewing? In the morning I love a double espresso, sometimes with a shot of cream! We have a great Krups machine that does it all including the occasional coffee or cappuccino.

MZ: Any goodies to go with the coffee?

For breakfast it is usually a piece of fruit and some yogurt, though the weekends will often include eggs and bacon.

And They Called It Puppy Love 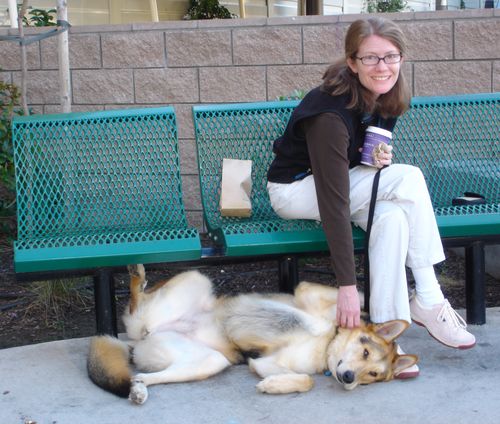